Maharshi Parshuram was a Brahmin born in the ‘treta yug’. It is said that he was the sixth avatar (form) of Lord Vishnu. He was born on the day of Akshay Tritiya to Maharshi Jamadagni and his wife Renuka. He had four brothers. Lord Vishnu took birth in the form of Parshuram in order to stop and put an end to all demon minded Kshatriyas.His avatar is also known as the Avesh Avatar. As he was the son of Jamadagni he used to carry a Jamadaganya and a ‘parshu’ (a weapon) received from Lord Shiva in hand as he was his devotee and this is why, he was called as Parshuram, though his grandfather, Maharshi Bhrigu named him Ram. He received his early education through Rishi Vishwamitra and Ruchik.

He was well versed with the war tactics. He conducted thousands of Ashwamedh yagyas. Parshuram had killed his mother as his father ordered him to do so. She was a pure lady devoted to her husband and could fill water in wet unbaked clay pots too. One day, while fetching water, she saw King Chitrarath and had desirable thoughts for a moment which Maharshi Jamadagni came to know because of his powers. This is why he asked him to behead her. During the swayamvar of Sita, when Ram broke the bow while picking it up in order to tie the string to fulfill the condition to marry her, Parshuram was furious. The Shriramcharitmanas written by Tulsidas contains the mention of the argument between Lakshman and Parshuram when he appeared at the swayamvar. But when he confronted Ram, and saw the way he interacted with him, he was convinced that Lord Ram was also an incarnation of Lord Vishnu. Gangaputra Bhishma was a student of Rishi Parshuram. Dronacharya and Karn were also his students. He once fought a battle against Bhishma in order to give justice to Princess Amba. He lost the battle and later swore that he would never preach a Kshatriya again.

Once, Parshuram visited Kailash to meet Lord Shiva but Lord Ganesh stopped him as he was following the orders given by his father. He attacked Ganesh but Ganesh didn’t stop him a he used a weapon given by Lord Shiva. This broke his tooth and this is why, he began to be known as ‘Ekdanta’. There exists a Shloka in the Vedas which says that Ashwathama, King Bali, Maharshi Vedvyas, Hanuman, Vibhishan, Krupacharya, Parshuram and Markandeya have been given a boon to be immortal. This is why people still believe that Maharshi Parshuram is still alive and resides in the Mahendragiri hills in Orissa doing Penance. 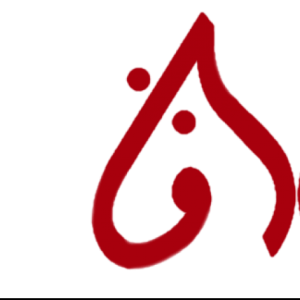